As someone who loves both geography and history, Þingvellir was one of the places I knew I had to visit.

For one, you get to walk in the valley between the North American and Eurasian tectonic plates. The two plates move away from each other roughly 2.5 cm (roughly one inch) each year.

The Öxará river flows from the North American side, dropping into the rift valley via the Öxaráfoss waterfall. The river continues to flow down to the rim of Þingvallavatn, Iceland’s largest lake. 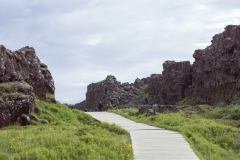 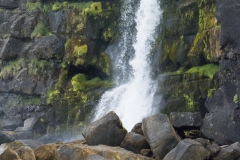 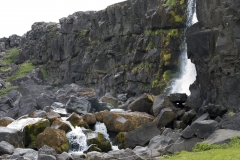 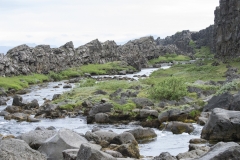 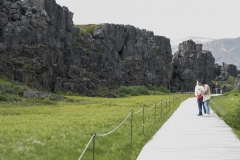 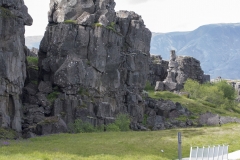 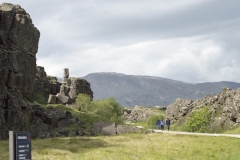 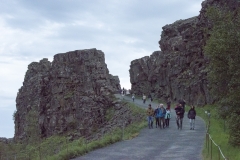 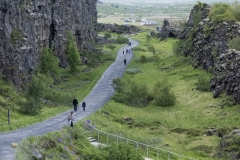 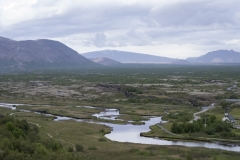 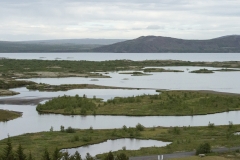 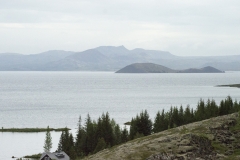 There is also the historical aspect of Þingvellir. Nearly 1100 years ago, Icelanders gathered at Lögberg (Law Rock) in the first incarnation of the Alþing, their national parliament.

This is what Europe looked like at the time. Ireland wasn’t even halfway through its second Viking age. Lief Eriksson’s birth still was decades away. Perhaps I am easily impressed, but the fact that these early Icelanders were gathering legislative assemblies where two major sections of the world intersect is at least a little poetic. Regardless, its designation as a UNESCO World Heritage Site is well deserved.