Watch nearly any informational documentary, show, or video about Iceland, and the first sentence (after the promotional tease) is usually:

Welcome to Iceland: The land of fire and ice.

Likewise, when these productions segue to the subject of Iceland’s capital, Reykjavík, the first sentence almost as frequently ends with:

… Reykjavík, the northernmost capital in the world.

I am sure there are shows or videos that veer from the template, but they appear to be the exception to an unofficial yet widely-followed rule (right up there with double-dipping a chip or getting mad at people who are properly zipper-merging).

More than 360,000 people live in Iceland, according to this year’s estimate. As a comparison, the island nation’s population would rank 149th as a metropolitan area in the United States, between Peoria (IL) and Ocala, Florida. A little more than one third of all Icelanders live in the city, and nearly two-thirds live in the Capital Region.

It was pure coincidence that our trip schedule spanned National Day. Iceland attained its independence from Denmark on June 17, 1944, and we were able to mill about downtown during some of the festivities. 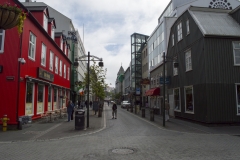 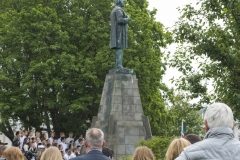 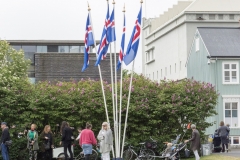 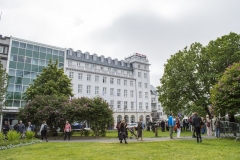 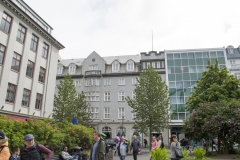 Getting around Reykjavík was fairly straightforward. Roundabouts are common. Jerk drivers, despite the steady increase in tourism, are not.

The photo of an Icelandic horse was taken at Álafoss, which is in Mosfellsbær, northeast of the capital (but still well within the borders of the Capital Region). 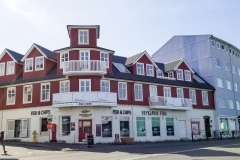 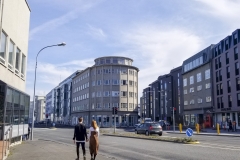 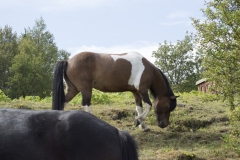 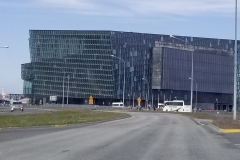 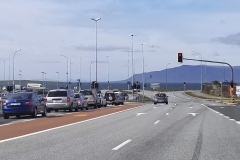 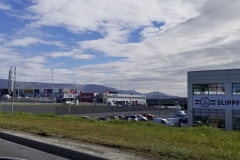 When we first arrived in Iceland, we set out to drive around and get our bearings. We naturally gravitated toward the bay, which led us down Sæbraut, then the road between downtown’s edge and the harbor, finally down Eiðsgrandi/Norðurströnd (a.k.a. the north side of Seltjarnes peninsula (a.k.a. the far west end of the city (a.k.a. …nevermind.))).

There is a golf course on the south end of the peninsula. We stopped by the club later in the week in search of souvenirs. We found zero pro shops–but several twosomes and foursomes battling the wind coming off of the Atlantic. 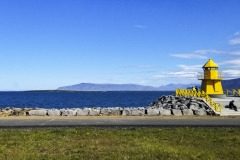 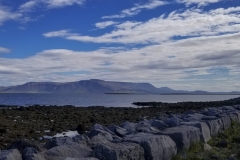 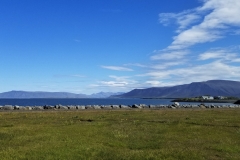 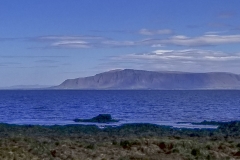