In 874, according to the Icelandic “Book of Settlements,” Norseman Ingólfur Arnarson threw the pillars to his chieftain’s seat into the waters off the west coast of Iceland and promised to settle where they washed ashore. It reportedly took his slaves three years to find them. (Personally, I’m curious to know what they did in the meantime.)

The pillars (also known as öndvegissúlur) washed ashore in a bay surrounded by what appeared to be smoke rising from the ground. Arnarson settled in what grew to be Reykjavík (“Smoky Bay,” “Bay of Smokes,” etc.). The bay itself is named after Faxi (or Faxe), a Norseman on one of the first boats to Iceland.

During our visit we went whale watching in the southern part of Faxaflói. We set off from Reykjavík”s Old Harbor, and we saw a couple of humpback and Minke whales (though I did not get any pictures of the latter.) 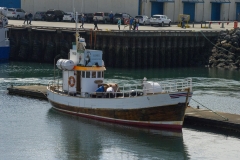 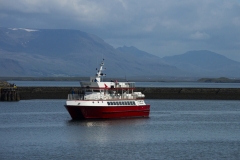 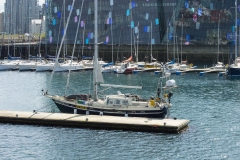 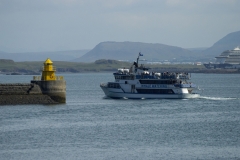 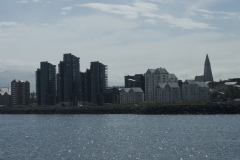 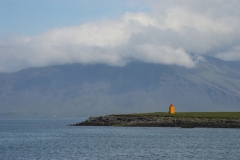 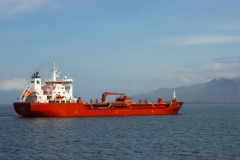 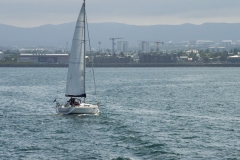 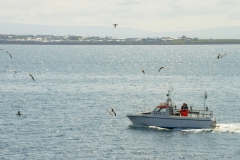 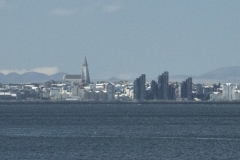 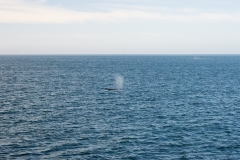 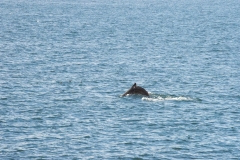 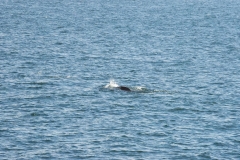 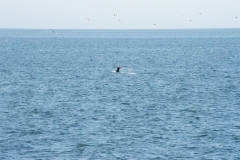