It took 41 years to finish the iconic Hallgrímskirkja. The Lutheran church stood as Iceland’s tallest building from its completion and consecration in 1986 until it was surpassed in 2008 by Smáratorg Tower in Kópavogur.

The ‘Church of Hallgrímur’ (named minister Hallgrímur Pétursson) was designed by Guðjón Samúelsson. Samúelsson also designed nearby Landakotskirkja (Christ the King Cathedral). Hallgrímskirkja was reportedly designed to be shorter than its current height, but Church of Iceland leaders wanted a spire to make it stand out from (and over) the Catholic Church’s Landakotskirkja.

In front of Hallgrímskirkja stands a statue of Lief Eriksson (Leifur Eiríksson), a gift from the United States in 1930 to commemorate the 1000th anniversary of Alþingi, Iceland’s national parliament. The church design would not be commissioned for another seven years. 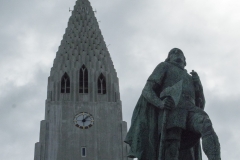 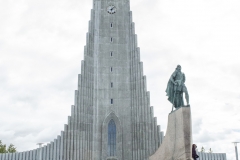 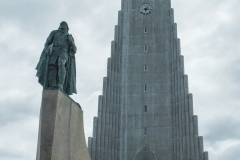 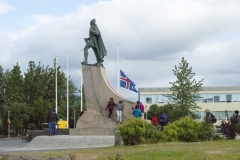 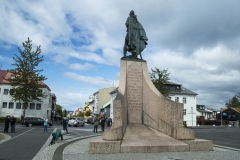 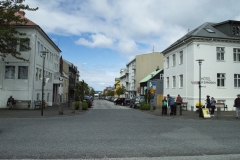 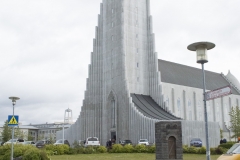 The inscription back of Eriksson’s statue includes ‘Discoverer of Vinland,’ a reference to Eriksson being the first European to discover the New World. Just four years later, however, a group including the Knights of Columbus, successfully lobbied U.S. president Franklin D. Roosevelt to make Columbus Day a full federal holiday.

It took an additional thirty years for the U.S. Congress to authorize an annual observance of Lief Eriksson Day each October 9.