Gullfoss, the Gold or Golden Falls, is one of the biggest waterfalls in Europe and the namesake of Iceland’s Golden Circle.

The falls are located south of the glacier Langjökull and northwest of Geysir. The Hvitá river flows from its source, the glacial lake Hvitárvatn, southwest for 40 kilometers before it reaches the gorge at Gullfoss.

If you visit Gullfoss, it likely will be from the south, in the opposite direction of the river’s flow. There are two entrances to the area. The first entrance gets you closer to the falls and requires less walking, but the turnoff is not marked as well as the main entrance, which has a gift shop and cafe.

There are several different locations and angles to view the falls. Perhaps the most iconic is the first view that greets visitors: the main, partially-obscured 100-foot drop into the gorge in the foreground, and the three smaller, upriver steps farther back. 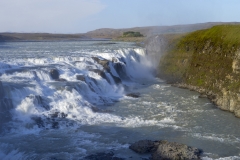 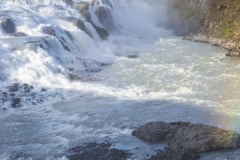 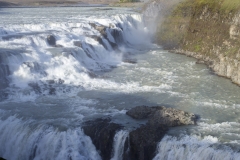 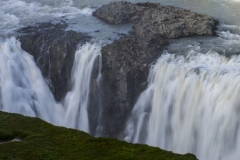 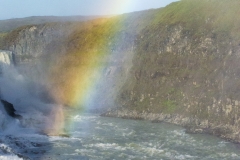 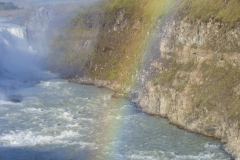 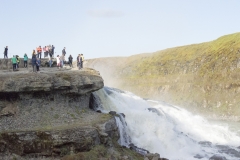 The Hvitá river’s sharp turn to the south at the bottom of the falls is quite striking as you walk from the ‘first’ viewing areas to the area on top of the west side of the falls.

I was surprised by the near lack of fencing in this area. As you can see from the last picture above, visitors can get pretty close to the west side of the falls, and it can be a bit of a drop with just a single-rope fence to mark the edge. We were told that the fence was rather new. Given the steady influx of tourism, I can’t help but think that concerns over Americans with selfie sticks was part of the reason. 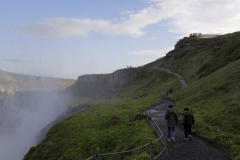 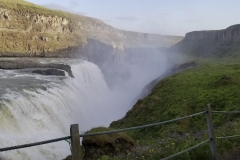 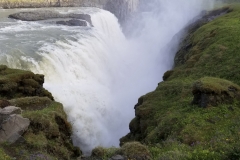 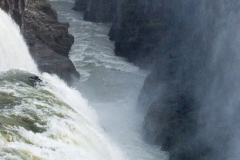 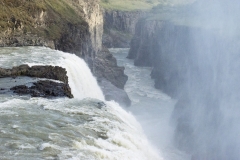 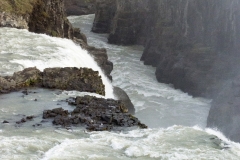 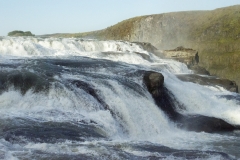 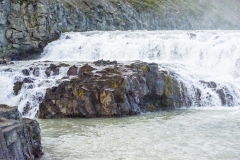 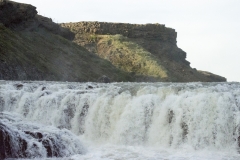 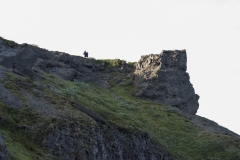