Let’s face it, there is not one thing I can say about the Geysir hot spring area that already can’t be found in a basic search for the Golden Circle.

Activity at the geothermal area’s eponymous geyser has been in steady decline for centuries, save for the periods following earthquakes and the occasional human-stimulated event. (It was at rest for the entirety of our hour-long visit.)

Strokkur, 50 meters to the SSW, was quite active. Not that I had a stopwatch with me, but it erupted six times while we were there, if I recall correctly. 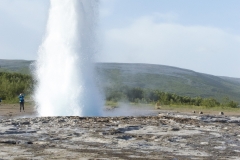 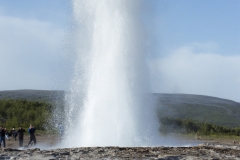 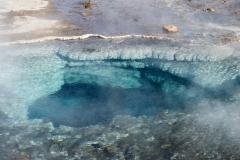 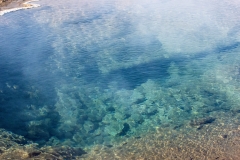 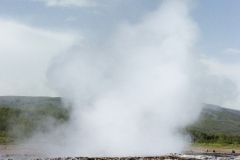 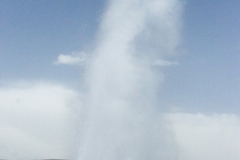 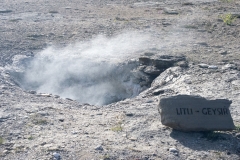 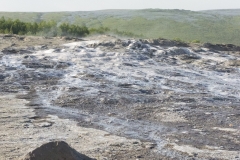 As striking Strokkur’s eruptions were, I was just as drawn to the springs and pools,, such as Blesi and Konungshver. Both feature aqua-colored pools reminiscent of tropical beaches, even though the water here clears 80 degrees Celsius. (In addition to roping off hazardous areas, they specifically point out the nearest hospital is 62 km away.)

The southern spring of Blesi is so clear you can see its opening start to wind its way underground, giving it the appearance of an entrance to a (scalding) subterranean cave. 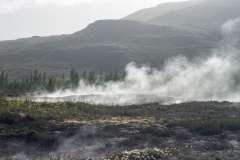 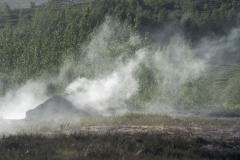 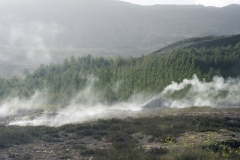 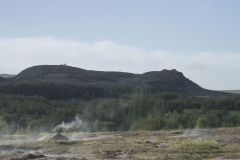 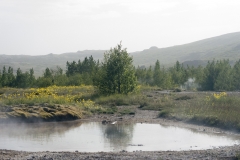 On the opposite side of Biskupstungnabraut is the Geysir Center, complete with five restaurants, a hotel, gas station, and of course a gift shop–with some higher-end fashion. Get the mint chocolate chip. It’s blue and it’s awesome.

Not much to wrap up here. Unless you already knew me before you clicked on this link, I am likely the 3,463,772nd page on the Geysir hot spring area in the search results. And if the latter is the case, then you already know it’s the no-brainer choice to stop there. 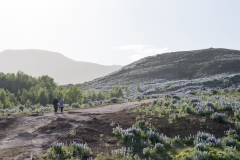 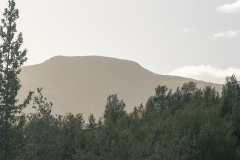 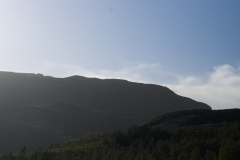 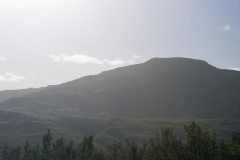 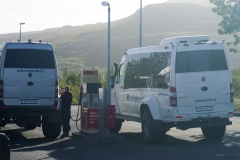 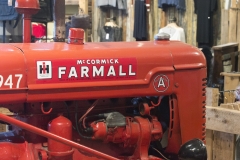