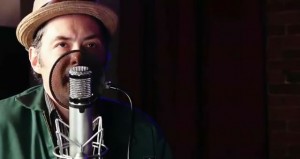 Earlier this summer, I plopped down some money to pre-order/sponsor Kevin Gordon’s soon-to-be-latest album, “Gloryland.” I have been told the pre-order is shipping soon, and while digging around his site, I came across a live performance of “Colfax,” a song from the upcoming album. I saw it was ten minutes long, and didn’t expect to sit through the whole video knowing there was all kinds of important things like status updates and fantasy football teams that needed tending. I clicked play.

I was riveted. The pseudo-spoken verse is not normally my thing, but the imagery, easily Gordon’s strongest talent, had me for the first seven minutes. That, and I am a sucker for a good build, which kept me the final three minutes.